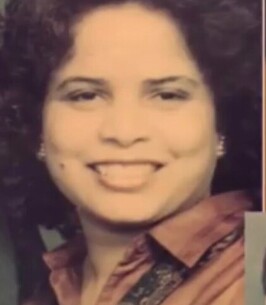 On February 14, 1952 (Valentine’s Day), a gift of love was delivered in Jacksonville, FL, to George Hersey and Louise Ruby Barnes McKay, and they named her Valerie Anita. She was welcomed into a loving family that nurtured and helped prepare her for adulthood. Valerie was the youngest of her siblings. As a youth, Valerie attended Friendly Baptist Church with her family, where she was baptized and became a faithful follower of her Lord. On May 22, 2011, she became a communicant of the Faith Christian Center, now Impact Church, under the pastorate of Bishop George Davis. Valerie loved giving God praise in song as an active member of the Impact Church, the Choir and Prayer Team.

During Valerie’s tenure as a student at William M. Raines High School, she was a Vikings Majorette, and played flute in the school band where she was a section leader. Valerie was also chosen as “Miss Raines 1969-70.” Upon graduation in 1970, she was admitted to Florida A&M University. During Valerie’s sophomore year at FAMU, she was one of six selected out of 50 applicants for the Navy Nurse Corps Candidate Scholarship program. Upon graduation from FAMU in 1975, Valerie was commissioned and assigned to a Naval hospital as designated by the Bureau of Medicine and Surgery. That same year, on June 14,1975, she was united in Holy Matrimony to Scintone Robinson. Later, Valerie continued her passion for education by attending Florida Community College at Jacksonville and graduating in 1982. After sharing life together for 24 years, her beloved Scintone passed away on October 24, 1999.

Valerie had a full life. She served in the U.S. Navy and was honorably discharged. Having earned her Master’s degree in Nursing, her civil career would begin as an employee with Blue Cross Blue Shield, followed by employment with Baptist Medical Center and St. Vincent’s Medical Center as a psychiatric nurse. She also became involved with many organizations, including Seniors on a Mission, Jacksonville Transportation Citizens Advisory Committee, First Coast Disability Advocates, Mayor’s Disability Council, Jacksonville Council of the Blind and Peer Support Group for Visual Impressions. “If I can help somebody as I pass along, then my living shall not be in vain.”

On Tuesday, August 31, 2021, this incredible woman of God completed her earthly mission and signed in at the Heavenly Gates. She was preceded in death by her husband; her parents; siblings, Joyce McKay Council, Dianne McKay Bennett and Leonard L. McKay; aunt, Sarah Wilson; uncle, Willie Wilson; nephew, Christopher Bell; and cousins, Julia Covington and Francis Covington.